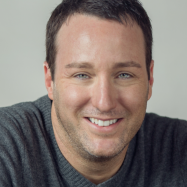 Ryan Fogelman, JD/MBA, is vice president of strategic partnerships for Fire Rover. Fogelman is focused on bringing innovative safety solutions to market, and two of his solutions have won the distinguished Edison Innovation Award for Industrial Safety and Consumer Products. He has been compiling and publishing the “The Reported Waste & Recycling Facility Fire In The US/CAN” since February 2016, the “Waste & Recycling Facility Fire Annual Report” and speaks regularly on the topic of the scope of fire problems facing the waste and recycling industries, detection solutions, proper fire planning and early stage fire risk mitigation.

April 2019 Updated Fire Report: A Sit Down with Ronald Butler, the Jedi Master of Lithium-ion Power
May 03, 2019
Fire Rover’s Ryan Fogelman sits down with the CEO of Energy Storage Safety Products International to discuss the specifics of lithium-ion batteries.

March 2019 Updated Fire Report: Insurance Carriers Hightail It Out of Industry
Apr 03, 2019
Due to the amount of fire incidents in the waste and recycling industry, insurance companies are rapidly leaving the sector.

February 2019 Waste, Recycling Facility Fire Incidents Lowest Since April 2017
Mar 05, 2019
This is an interesting time to reflect on the positive changes the waste and recycling industry has implemented since industrywide focus on fires has grown.

January 2019 Waste, Recycling Facility Fire Incidents Take a Turn for the Worse
Feb 05, 2019
This January, reported fires have increased from 17 incidents in 2017 to 27 incidents reported this year.

Analyzing Waste and Recycling Facility Fire Data
Oct 04, 2018
Waste and recycling facility fires starting to level off since spike in the first half of 2018.