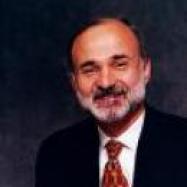 Court Sides with Young Boy Injured by MWS Dumpster
Feb 15, 2019
A circuit judge ruled that the design and placement of the dumpster rendered it inherently dangerous. The state court of appeals upheld the decision.

Northside Recycling Files “Farfetched” Lawsuit Against Salem, Mass.
Jan 14, 2019
Northside filed suit over what it referred to as the city’s “binding contract” to sell it a transfer station on city-owned land.

Revisiting the Ongoing Bloomington, Minn., Waste Collection Suit
Dec 14, 2018
Residents who opposed an organized waste collection system petitioned officials to require voter approval as prerequisite to the city's adoption of the new system.
Yes, You Can Challenge Your Government Officials
Nov 20, 2018
Residents and businesses can and often do change the minds of local officials. Here’s a look at one man’s civil complaint against the city of Minneapolis.
Done Legally, Good Help Can be Hard to Find
Oct 15, 2018
Here’s a look at how rogue employees at a waste company colluded with a staffing agency in a scheme to hire and retain undocumented workers.

Air Quality in School Zones—More Than Just Idle Talk
May 17, 2018
Parents of students who attend school in the DeKalb, Ill., Community Unit School District fought to detach their properties from the boundaries of the DeKalb District because of air emissions from a nearby landfill.
Load More