A Walk-through of Connecticut’s Only Anaerobic Digestion Facility 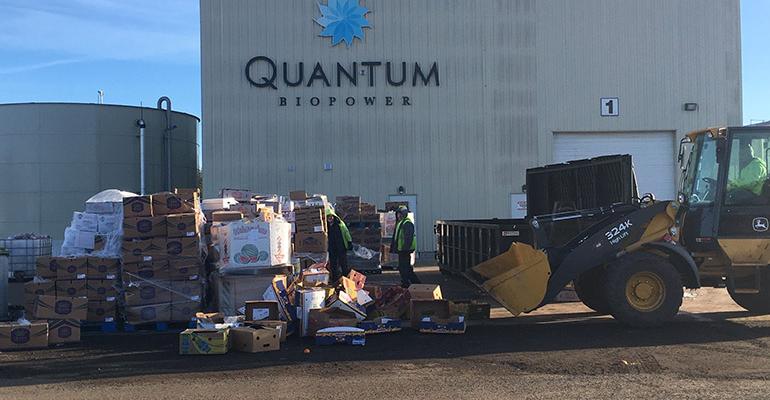 Every year, more than 36 million tons of food goes to waste in the U.S., yet only a fraction of it is recycled. Southington, Conn.-based Quantum Biopower takes in organic waste produced by area and surrounding state municipalities, hotels, restaurants, arenas, colleges and universities, among other venues, and turns it into clean, renewable energy through anaerobic digestion.

Quantum owns and operates the first and only anaerobic digestion facility in Connecticut. And due to increased demand, last month, the plant received unanimous approval from the Southington Planning and Zoning Commission (P&Z) to add a 25,000-square-foot building that will house machinery to sort a growing number of packaged food waste.

The facility had expected the majority of the food waste it receives to be scraps and unpackaged food; however, during last month’s P&Z meeting, the company reported that it actually had been receiving roughly 70 percent of packaged foods that needed to be hand sorted, according to a Record-Journal report.

The facility produces 420,000 cubic feet of biogas, which is the equivalent of nearly 767,026 gallons of natural gas energy. The methane produced at the facility can be used to make electricity, vehicle fuels and pipeline gas, offsetting 5,080 tons of greenhouse gas emissions per year and powering 775 homes with clean energy each year. Leftover materials from the process are harvested to make organic soil amendments and compost blends, generating 10,000 tons of organic compost per year.

During a recent tour of the facility, John Ferguson, Quantum’s business development manager, told Waste360 that nearly all of the electricity made onsite is sent to the town of Southington to be used in municipal buildings, the police department and elsewhere. He also noted that Quantum reuses around 60 percent of the water it generates and about 10 percent of the electricity it generates onsite.

Flip through this gallery to check out some of the equipment and grounds at Quantum’s facility in Connecticut.