Bauxite ore is refined into alumina (aluminum oxide), one of the primary feedstocks for aluminum metal. Scrap aluminum supplies 30 percent of America’s aluminum supply. Recycled aluminum cans supply a portion of the scrap used as a raw material.

About 26.5 percent of the aluminum used in America goes into packaging. This is the largest use for aluminum, ahead of transportation products, which use 23.7 percent. Aluminum is the second-most-used material in new automobiles worldwide.

Aluminum packaging is produced in both rigid and foil forms. Rigid aluminum containers are used for beverage and food packaging. Aluminum cans account for all of the beverage can market, but only a small percentage of the food can market. Cans are 76 percent of aluminum packaging by weight.

Foil packaging is used as a wrapping foil, as semi-rigid packages such as pie plates and frozen food trays, and as flexible packaging such as cigarette foil and candy wrappers.

Aluminum packaging has never had more than 1 percent market share of generated MSW. 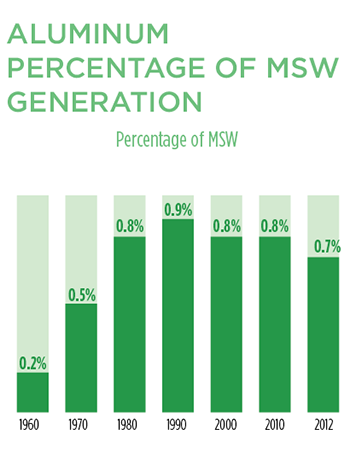 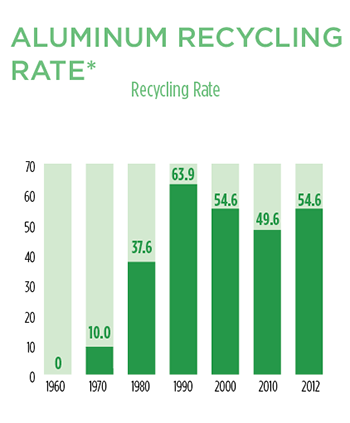